Its owner, John Greer, always had a keen interest in sailing and windsurfing.  In Sligo in the late seventies, every spare minute of school holidays and weekends was spent on the water, in the water, or designing and making things for the water.  He made many Mirror dinghies, including the one he used to win the Mirror Irish Western Championships in 1979.   Around that time he got his first windsurfer, which was one of the first in the west of Ireland. He spent a few years studying Architecture in Dublin, with the summers spent teaching sailing and windsurfing. 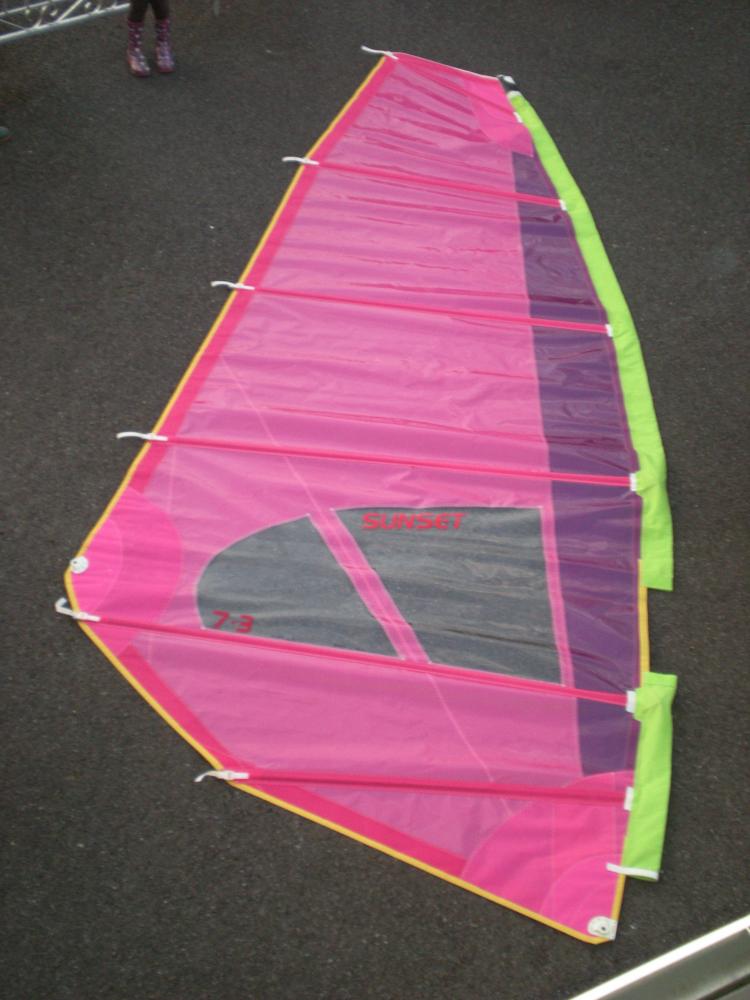 In an effort to be able to spend more time on the water, in the spring of 1983 he gave up his Architectural studies, and got a job as trainee sail designer with the then largest sail factory in Europe.  In December of that year after they winded down he set up in Sligo on his own ; Sunset was born !   Great fun was had in the eighties, there was a lot of development in windsurf sails then and John played his part by designing and making sails which won the Irish national championships.

Nowadays most of the business revolves around retailing of watersports equipment ( wetsuits, surfboards, chandlery, ropes, lifejackets, kayaks etc ), with only a bit of time left for the repair and manufacturing side side of things.  The dream of spending more weekday day time on the water is still a dream...but life is great.  The water is something worth being passionate about.

This small sum lets us know that you are genuinely enquiring and not a computer trying to send excess amounts of spam to our email account.